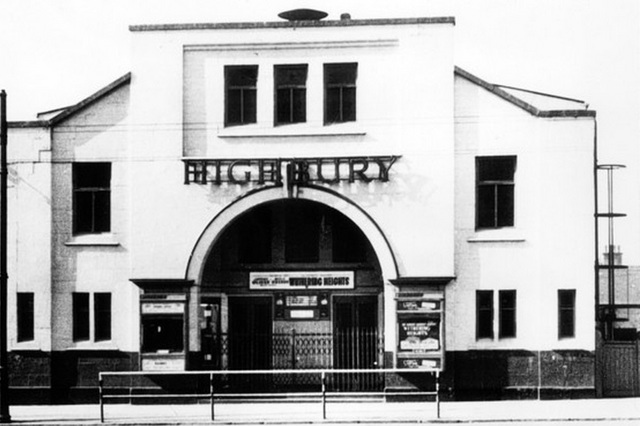 Located in Bulwell, a district to the north of Nottingham. The Highbury Cinema was opened on 26th December 1921 with William Farnum in “If I Were King”. Seating was provided for 800 in the stalls and 300 in the circle. It was independently operated throughout its life.

The Highbury Cinema was closed on 31st March 1962 with Lawrence Olivier in “Wuthering Heights”. The building was converted into retail use, and in recent years the façade has been removed. By 2012 it was in use as a Cooperative Food supermarket.