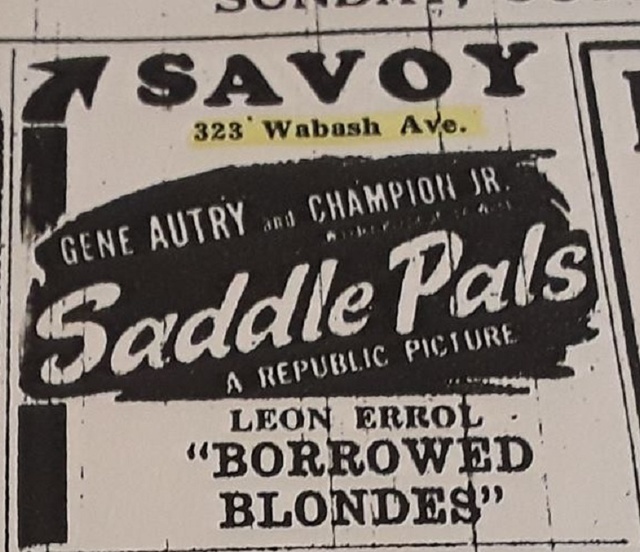 The Savoy Theatre was mentioned in the April 22, 1916, issue of The Moving Picture World. Both the Savoy and the Crescent were then being managed by Benny Van Borssum. Both houses had been in operation since at least 1912, when they were both listed in the Annual Report of the State Bureau of Inspection.

The Moving Picture World of January 22, 1910 had this item in its “Among the Exhibitors” column: “Terre Haute, Ind. — A new moving picture theater has been opened at 323 Wabash avenue. It is known as the Savoy.”