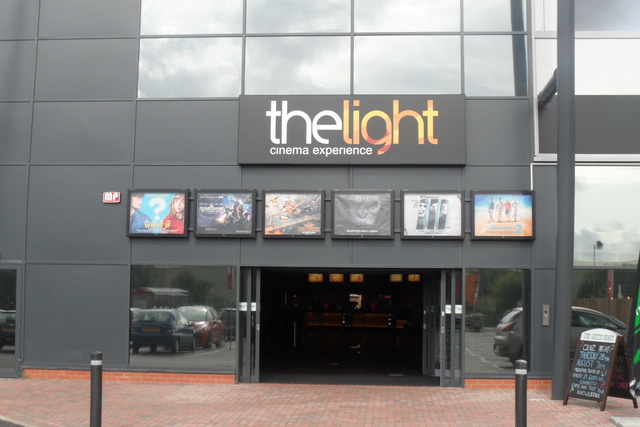 Located in Wisbech, Cambridgeshire. The Light Cinemas was opened on 23rd May 2014. Located next to the River Nene, the cinema has 8-screens, but opened only 6 screens as the two in the basement were flooded, and will open later.

During my visit in August 2014 I was told that it was hoped that the two screens in the basement, that, as Ken says, have been adversely affected by water damage, will open “very shortly”. The seating capacities of the other six screens, all above first floor level, are Screen 3: 275, Screen 4: 81, Screen 5: 177, Screen 6: 282, Screen 7: 105 and Screen 8: 116. This is a very imaginatively designed, spacious multiplex run by very friendly staff. Indeed, my screening (of the Luc Besson thriller “Lucy”) was personally introduced by a member of staff, who hoped we would enjoy the film (and reminded us to switch off our mobile phones – which seemed to work, as all the patrons complied – very unusual these days!). This was a nice touch; I was told that all screenings are introduced in this manner. In addition, Light do not charge an on-line booking fee and there is no extra charge for 3D screenings, aside from the purchase of the glasses, which can then be retained for future use. This is all very impressive from a newcomer to the UK’s multiplex scene (Light’s only other multiplex, at least for the time being, is at New Brighton, on the Wirral).