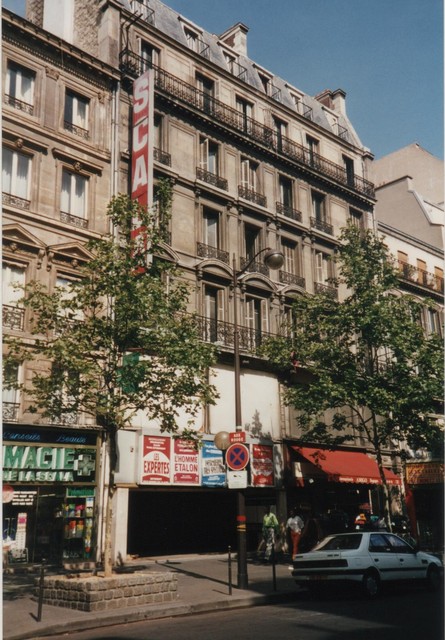 Located in the Porte Saint-Denis district in the northeast of central Paris. Built in 1873 as La Scala Concert Hall and modeled on the La Scala, Milan. La Scala became a 1,400-seat music hall which opened in 1900. It was screening films as part of its music hall programme by 1903.

It was modernised in 1936 to the plans of architect Maurice Gridaine and given an Art Deco style and was operating as a 1,200-seat cinema. In 1977 it was converted into a 5-screen cinema with 800-seats and screening adult films. The Scala was closed in 1999 and was taken over by the Brazilian based Universal Church of the Kingdom of God. In the summer of 2016 work began on renovating the building, which re-opened in 2018 as a 900-seat live theatre.