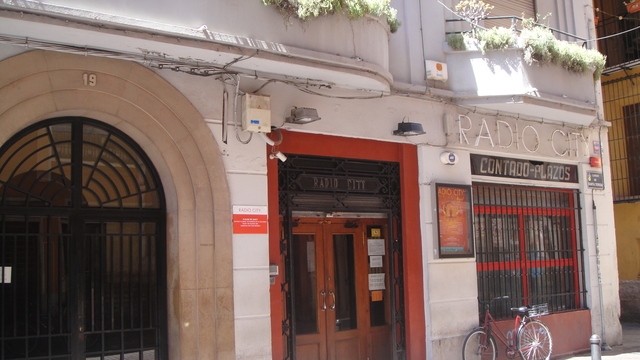 Located in the historic northern section of the city centre, on the ground floor of a 1930’s Art Deco style building containing flats named Radio City. Possibly named after the famous Radio City Music Hall in New York, NYC., above the entrance to the block of flats is a rounded ‘sunrise’ replicating the proscenium at N.Y.C.’s Radio City Music Hall.

The Radio City is a bar, nightclub and multifunction space. Every May since 2002, it has hosted the International Short Films Festival.