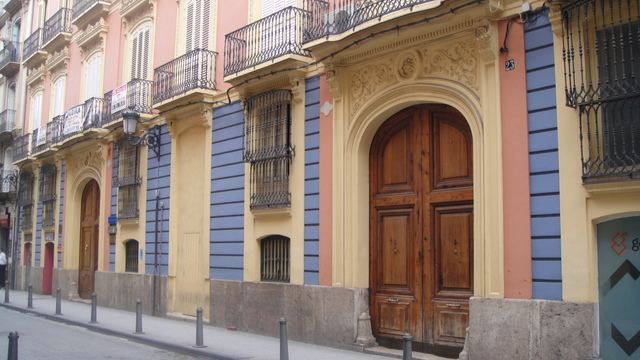 Located in a narrow street in the Velluters district of the city centre. The Valencia Cinema was opened in 1920. Seating was provided for 580 in the orchestra and 150 in the balcony. Its entrance was through an existing old town house.

In later years, it alternated between cinema use and live theatre in what was named the Studio Teatro. The Teatro Valencia Cinema was closed in 1977. Since then there have been several plans to reopen the cinema, but none have come to fruition.