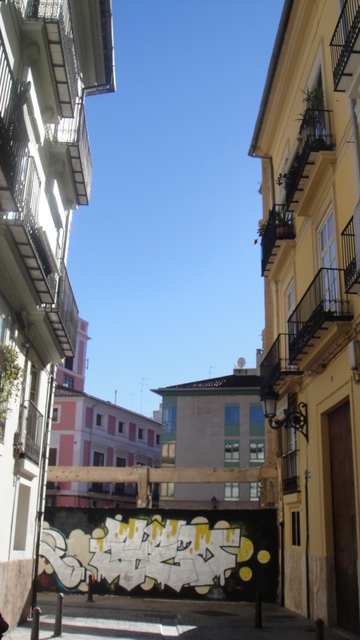 Located in the west of the old city centre. The Teatro Princesa was opened on 12th December 1896. Seating was provided for 550 in the orchestra and 300 in the balcony.

In 1909, it was converted into a full time cinema and re-named Cine Princesa. It was equipped to show sound films in late-1933. It was possibly at this time that the cinema was remodeled both externally and internally in an Art Deco style.

The Cine Princesa was closed in 1975.

The empty building was still standing in May 2008, but had been demolished by March 2011. The site is now in use as a car park.

Here is a photo of the closed Cine Princesa, and here is a picture of the interior, taken from the stage.