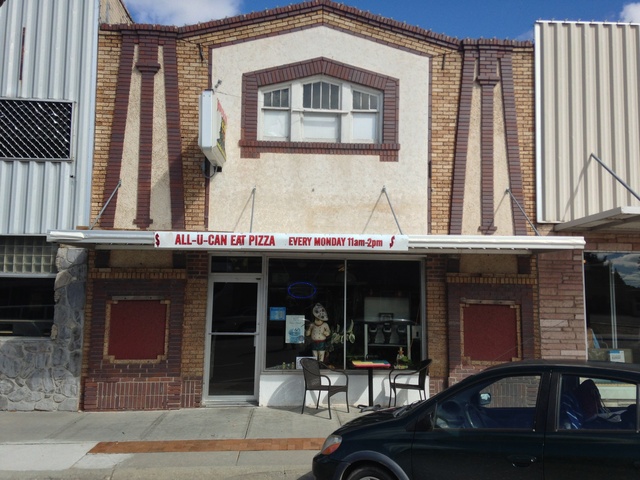 According to the current owner of the building, the American Theatre opened in 1919 and was operated by colorful local character “Lady” Marie Goodhand who (according to the Western Nebraska Observer) bought this theatre in 1923 and closed this operation when the new Goodhand Theatre was opened in 1954. Judging by the size of the building, the American Theatre must have had a fairly small number of seats.

The only obvious indication of the building’s former use is a partly exposed section of foyer floor tiling which reads “Amer —– ”. The current proprietor says she intends to expose the tiling in the future, and that the original dressing rooms and stairway remain in the basement.