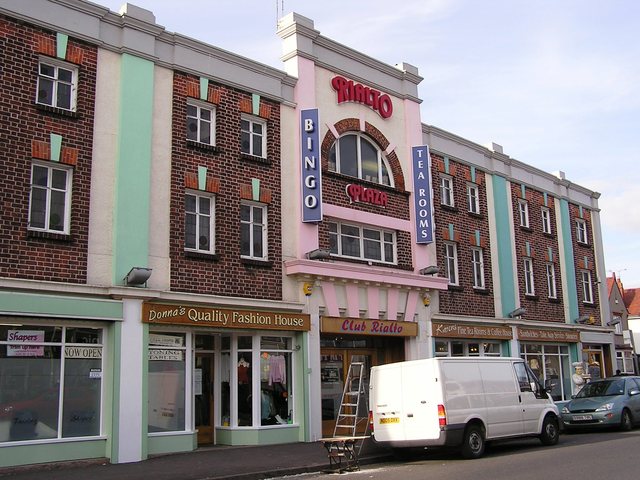 Located in the Coundon district of Coventry. Created in a couple of former shop units in the former Rialto Casino Ballroom, which was part of the former Rialto Theatre that was destroyed by German bombs on 15th November 1940.

The Rialto Cinemas were opened on 27th May 2006 with “Mission Impossible II” and “Ice Age II”. Seating in the Art Deco style auditoriums was provided for 72 and 66.

The Rialto Cinemas was closed on 31st May 2008 with “Rocky Balboa”, “Babel” and “Arthur and the Invisibles”. The space is now in restaurant use. The former Rialto Casino Ballroom above, became a 400-capacity bingo club, but this closed around 2009.