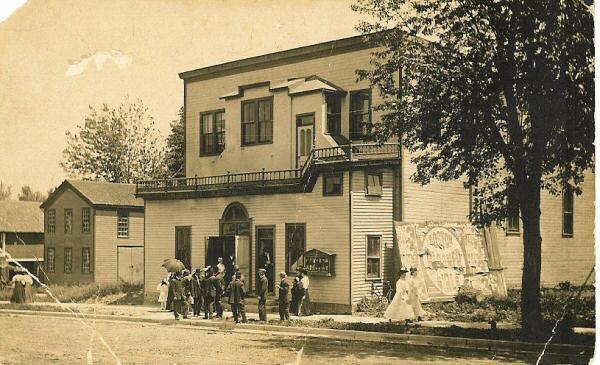 C.H. Cronk built the Opera House as a roller skating rink. It was the center of social activities for many years in the early-1900’s. It was a two-story building. Early high school graduations, plays and other entertainment took place here. Early silent films were shown here. Later sound pictures were shown for $.10 or .25. The Oregon Opera House was still operating as a movie theatre in 1943. During the last few years it was used as a roller rink. Colby had his photography studio upstairs.