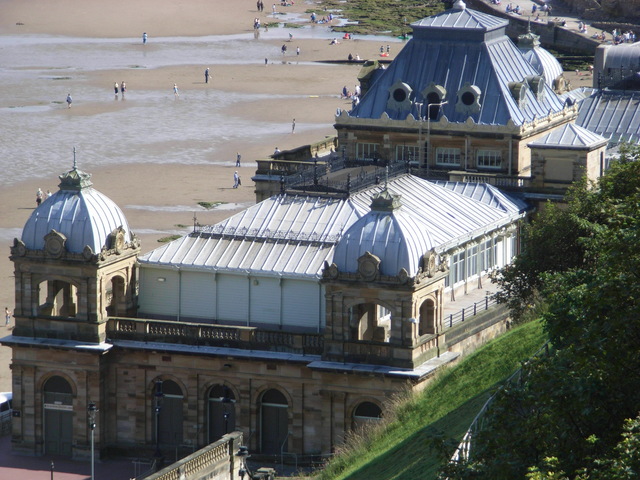 Designed by Messrs Hunt & Verity, and opened in August 1888 (it had been designed and built as a Floral Lounge, and then converted to a theatre at a very late stage) the Spa Theare is part of a major entertainment complex which includes the Grand Hall, Sun Court, Music Room, Regency Suite and the later additions of the Ocean Room, the Vitadome and various bars and restuarants.

Not ideal as a cinema, it does present occasional film fare on digital, using the stalls seats only.