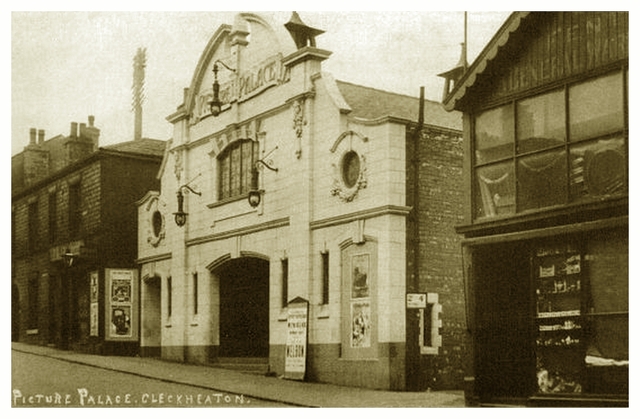 Located in Cleckheaton, West Yorkshire. The Picture Palace was opened in 1910. By 1927 it was operated by Walter Goodall. By 1931 it had been equipped with an AWH sound system and was operated by Goodall’s Pictures (1931) Ltd.

In the 1950’s it was taken over by Star Cinemas of Leeds and was re-named Palace Cinema. It was equipped with CinemaScope in 1955. The Palace Cinema had closed by 1963. The building was converted into a market arcade.

AWH sound was a British system named after Arthur William Harris (slogan ‘Always Worth Hearing’). Around 1947 it was replaced with an RCA system.

Kinematograph Year Book 1935 to 1954 gave the capacity as 800; this fell to 697 in KYB 1957, presumably because of the CinemaScope installation. KYB always lagged changes.