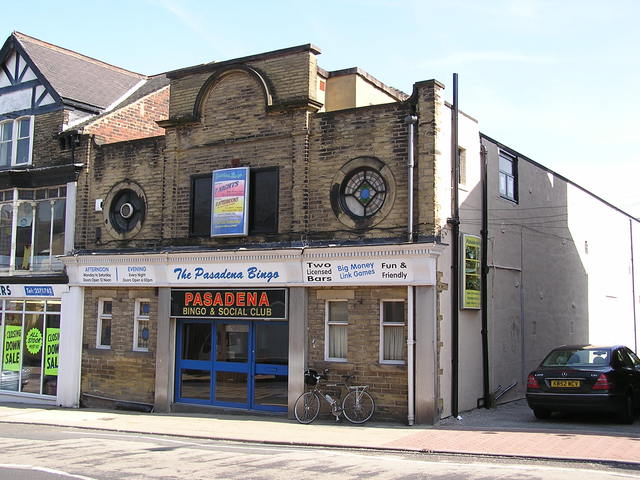 Located in Pudsey, West Yorkshire, between Leeds and Bradford. Opened originally as Verity’s Olympia Skating Rink in October 1909, which burnt down in September 1910. The Electric Picture Palace opened 19th December 1910; in 1942-1954 the KYB lists it as having a Western Electric(WE) sound system, Screen, 14ft by 10ft, proscenium width 18ft. The Electric Picture Palace was closed on 30th July 1960. Premises were used for bingo until May 2012 when it became a carpet shop.

Another picture of the Palace in 2007 here:–