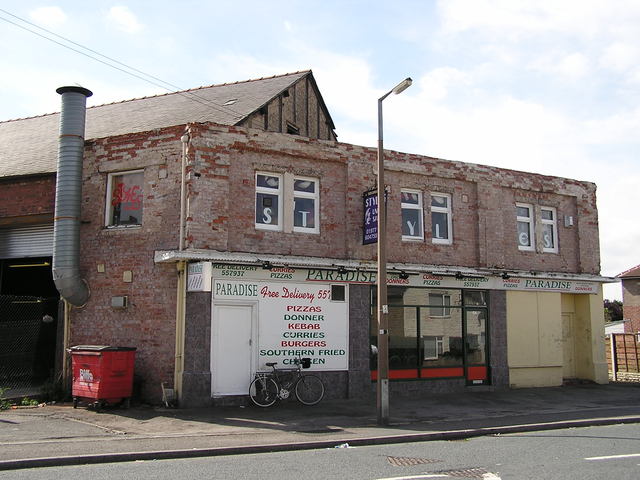 Located in Airedale, a suburb 1½ miles SE of Castleford, West Yorkshire. Originally named Grand Cinema, it opened in 1929 with W.H. Jackson the licensee. It had been renamed Empire Cinema and became part of the Star Cinemas chain around 1944, when it is listed with 504 seats. It had closed by 1960. When photographed in 2005, the foyer was in use as a take-away with a hairdresser above; the auditorium seemed to be storage for an adjacent pallet firm.