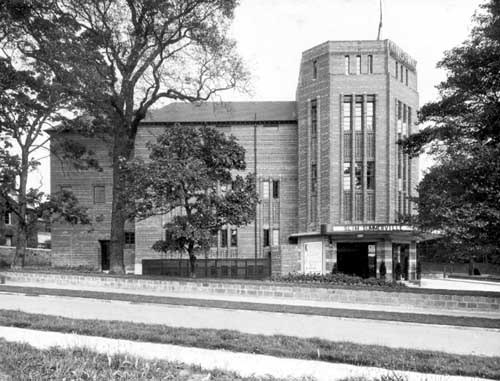 Located in the suburb of Moortown, 3 miles north of the City centre. The Kingsway Cinema opened on Monday 28th June 1937 with “Head Over Heels” starring Jessie Matthews. It boasted a Mirrophonic sound system. It closed on Saturday 23rd August 1958 with Marlon Brando in “Sayonara”.

The building was converted into a synagogue, which opened in September 1959. When the synagogue moved elsewhere, the vacant building caught fire and had to be demolished, probably in the late-1990’s. Flats were built on the site; the road is called Kingsway Court.