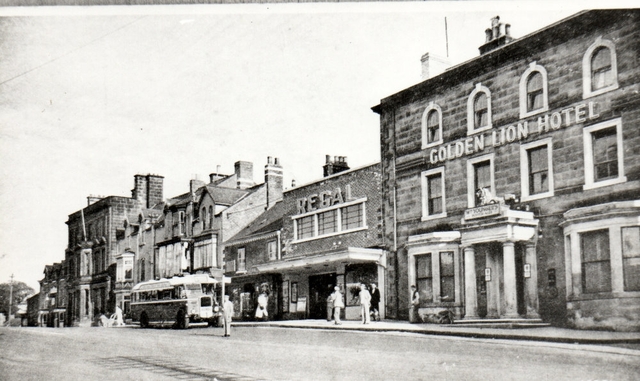 Located in Loftus, North Yorkshire, 8 miles south east of Redcar, to the left of the Golden Lion Hotel. It was built by Lou Morris and opened on 22nd December 1938 and had a British Thomson Houston(BTH) sound equipment. The interior decorations were carried out my interior designer Mollo & Egan. In 1947 it was taken over by an independent operator. Films ceased on 26th April 1969 and in 1970 permission was given for a change of use for bingo.

Bingo ceased around 1984, the auditorium was demolished first, then the derelict foyer block in 1996 and shops built on the site.

A photo of the derelict foyer block here:–