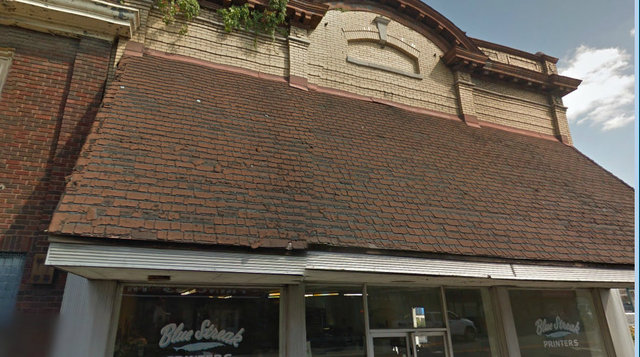 The Rex Theatre was opened November 28, 1912. It was closed in the late-1920’s as a silent movie theatre. It reopened in 1937 as the Kentucky Theatre. By 1950 it was operated by the Nashville, TN based Crescent Amusement Co.

This web page says that the Kentucky Theatre was directly across the street from the Princess Theatre. The house opened as the Rex Theatre on November 28, 1912. It closed at the end of the silent era and was reopened eight years later, in 1937, as the Kentucky Theatre. The Kentucky ran its last movie on October 13, 1956. The building is now occupied by Blue Streak Printers, 116 E. 9th Street.