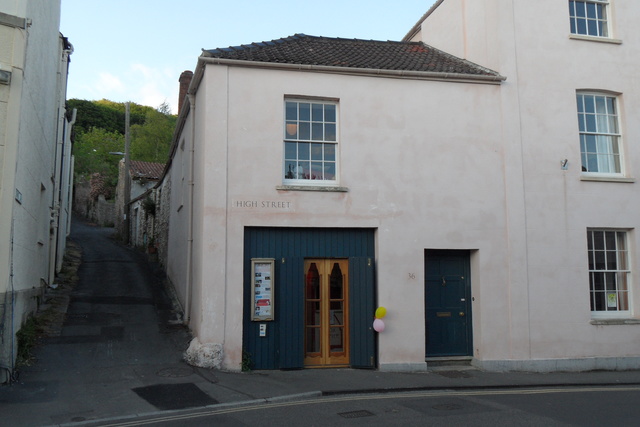 In 1997, Juliet and David Maclay acquired the Axbridge Lion, a derelict coaching inn in the Somerset town of Axbridge. They initially developed the building into a community space, but more recently the gentle upward slope of the site has inspired them to create the Roxy Cinema, operated by a small committee known as the Axbridge Film Society. Period cinema seats were acquired when Brisol’s Colston Hall was renovated, and vintage fabric was deployed to create covers for the stools and chairs in the small bar area. Projection and sound equipment was partly purchased with a Big Lottery grant; volunteers staff the cinema.

Sarah Laborde, an art director and set designer for Aardman Animations who lives nearby, assisted with the Art Nouveau style design of many of the fittings, in particular the lovely little pay box.

Currently (May 2015) screenings are mainly on Thursdays and Fridays.