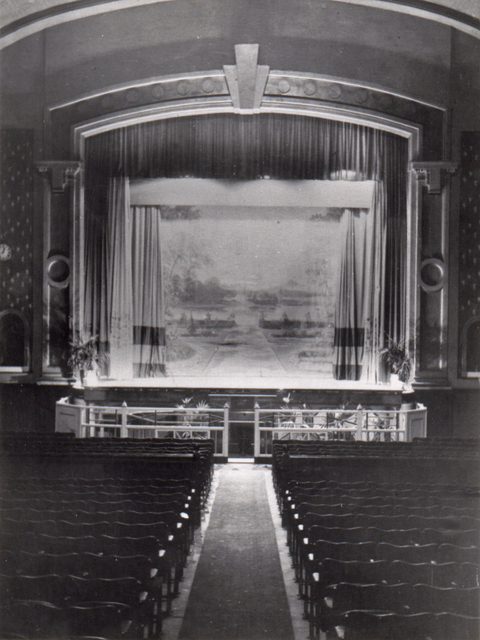 The Torry Picture House opened on 2nd May 1921 on the site of the old Torry Skating Rink, which had latterly served as a basic but popular venue for films. The Torry area of Aberdeen, just across the River Dee from the city, was heavily populated and had a strong sense of community, so the locals were happy to patronise their own cinema even though it was by no means a first run house. They were offered a varied programme of cine-variety accompanied by the resident orchestra, and popular competitions, such as a 1926 Charleston Contest where the winners received 15 shillings – in 2015 that’s about £40 ($75). All this vanished when sound equipment was installed in 1930 and the name was updated to Torry Cinema. The building and frontage were renovated in 1939, and the interior was significantly upgraded about 1955 to accommodate CinemaScope, when a new proscenium and screen were constructed in front of the more decorative original.

The Torry Cinema closed on 24 September 1966, having become uneconomic to run. The owners had intended to try out bingo, but when a good offer for the site was received they accepted it, the cinema was demolished and shops were built on the site. In 2015, these shops have also gone, replaced by an apartment housing development.