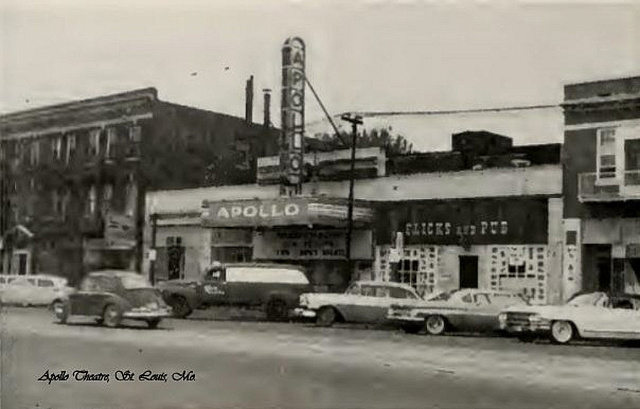 It was announced in November 1935 that the Apollo Theatre Company would be building a new 700 seat theatre with four attached shops. A February 1936 opening was projected, but it didn’t open until August 19, 1936.

In 1955 Grace Piccione was listed as the owner and the theatre was renamed Apollo Art Theatre in 1957. The theatre first had a policy of foreign and independent films. The art classification led to some problems that often happen with such a policy. The police raided the theatre on August 31, 1970 and the manager and the projectionist were arrested and the print that was being shown “Man and Wife” was confiscated.

After many raids by the police and trouble with the city license collector and much ado from the neighborhood the courts through the case out saying that it was not obscene. The Apollo continued on through the mid-1970’s.

In 1980 the Patheon Corp. purchased the property and wanted to convert it into an arcade and cinema and restaurants. The Apollo Art Theatre closed and was demolished in 1982.

Grace’s name is spelled Piccione. She owned and operated the theater during the sixties. When the neighborhood and business declined she leased it out for a few years. Some of the operators showed ‘blue movies’ but they didn’t last long. She had a great office upstairs next to the projection room. You could sit at her desk and open some shutters and watch the film. It was one of the few theaters that played ‘art movies’ in St. Louis during those years. Maybe the only one. I think she played ‘Never on a Sunday’ for about a year. A good movie could have ‘legs’ in those days.

When theatre opened, and until 1955, the Apollo was a typical neighborhood theatre with double-bills of subsequent run films.
(The description above leads one to think it was an art house from opening.) During these years it was an operation of Joe Litvig with Fred Wehrenberg taking a partial financial interest and, for a few years, doing the booking.

Grace Piccione took over the theatre in 1955 and occasionally dabbled in art films until 1957 when the theatre became a full-time art house and became the APOLLO ART.