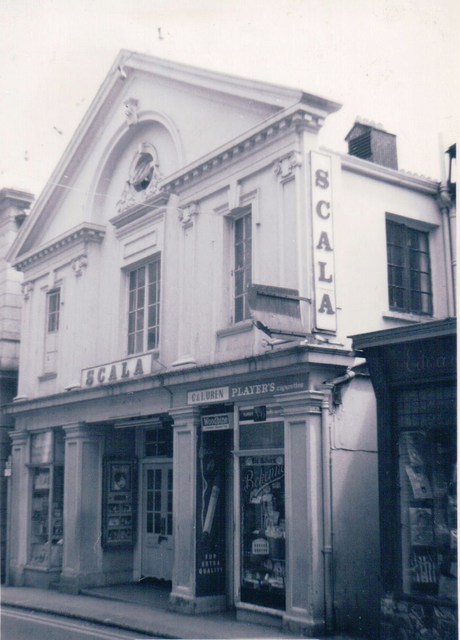 In St. Ives, Cornwall, the Scala Cinema opened at the end of World War I. It had its own generator, and the auditorium walls were decorated with galleons in full sail. The proscenium was 18ft wide and there were three dressing rooms, for variety artistes.

The Scala Cinema is listed in the 1953 Kine Year Book. It is not known when it closed. The building was converted into use as a workshop and hairdressers. Later, Boots the chemists took over, in which use it remains to date (2015).

Originally site of Queen’s Hotel stables the cinema closed in 1978. Boots moved into premises in 1992 and still in occupancy as of August 2017.