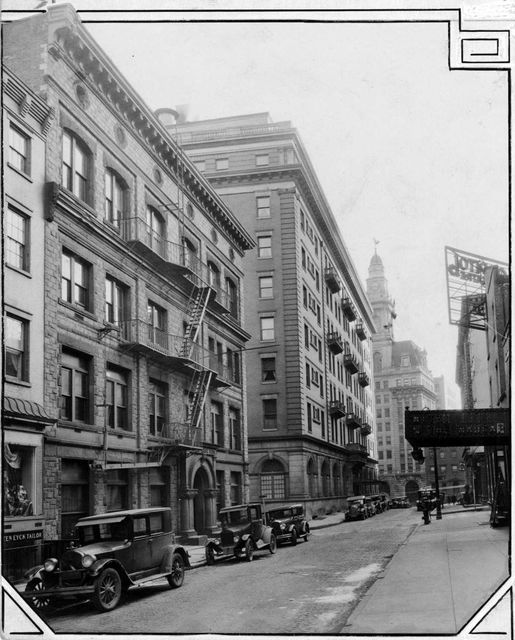 The Capitol Theater, 57 Chapel Street, Albany was opened prior to 1926. It was owned by Green County Amusement Corp. It operated until 1950. It has since been demolished.

The Capitol Theatre was in operation by 1926, when Harry Houdini performed on its stage on October 11. Houdini broke his ankle while doing his “Water Torture Cell” escape at that performance. He insisted on continuing his scheduled tour, but fell ill several days later and died on October 31 from peritonitis.

Judging from the architectural style of the Capitol I’d guess that it dated from the early 1920s or even the late 1910s. Most of the references to the house that I’ve found indicate that it was used primarily for live performances, even into the 1930s. During the 1920s it was on the Columbia Burlesque wheel. The projection booth seen in the photo appears to be a retrofit, probably installed quite some time after the house opened. In 1936, Charles Chaplin’s Modern Times was presented at the Capitol.