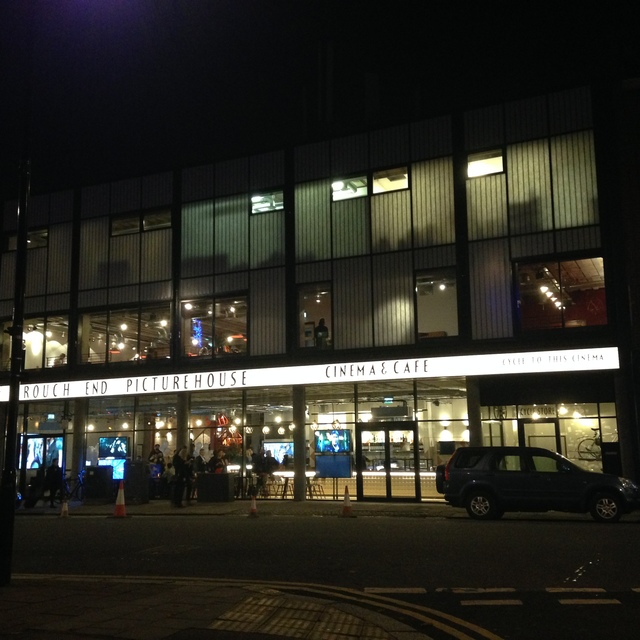 Located in north London district of Crouch End, the Picturehouse stands on a site that has a history of film entertainment. Its predecessor, the Cinema Theatre opened in 1911 and operated until 1925. It then ran as the Perfect Picture House until 1929, when it was re-named Plaza Cinema, which closed in 1939. During World War II the building was badly damaged in German air raids.

In the late-1950’s Roseberry House, an office building and warehouse, was built on the site. It is the only surviving example of 1950’s/1960’s modernism style of architecture in the area., and for that reason aspects of the modernist ethos have been incorporated into its transformation into the current Crouch End Picturehouse cinema.

The Picturehouse was designed by architectural firm Panter Hudsmith Architects. It opened on 27th November 2015. All screens have digital projection with 3D capability, and some are also equipped with 35mm projectors so that classic films can be screened. There are five screens: 1 168 seats; 2 137; 3 148; 4 101 and 5 22. Screen 5 is even more luxurious that the other auditoriums (there are screen tabs!) and it is available for private hire as The Screening Room. It has a separate dining room. Screens 1,3 and 4 are on the ground floor, screen 2 is on the mezzanine level and screen 5 on the next level up, adjacent to the upper bar (there is a café on the ground floor). Screens 1 to 4 have two or three rows of two-seat sofas in addition to the rows of individual seats.

On the top floor is a Community Room for workshops, talks, meetings and other events. A unique feature of the Picturehouse is the indoor rack which can accommodate 22 bicycles. There is also a room reserved for buggies and pushchairs, leaving plenty of space during the ‘Big Scream’ children’s screenings.