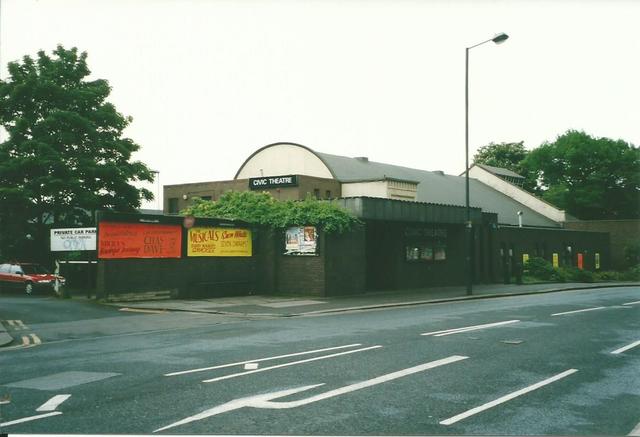 In Doncaster, South Yorkshire, the building that housed the Civic Theatre was originally constructed, in 1921, as a sports hall. However, while still new, the hall was re-designed by Edgar Wilburn and opened on 5th June 1922 as the Arcadia, presenting concert parties and Pierrot shows. On the facade each side of the entrance were Russian style ‘Kremlin’ domes. Live acts were interspersed with the film shows (there was a raked stage, though no fly tower). Harry Russell was the original owner.

On 12th September 1931 it was wired for sound, installing a Western Electric(WE) sound system and re-opened as the Arcadia Cinema with Maurice Chevalier in “Playboy of Paris”. In 1948 the cinema was acquired by the local council and renamed the Arts Centre, screening continental films. From 1995, it was operated by the Recreational & Cultural Services Directorate of Doncaster Metropolitan Council as the Civic Theatre, for live entertainment.

However, it was apparently never a very satisfactory theatre and it closed, in March 2013, in advance of the opening, that September, of the new, £22m council-funded theatre, Cast. The Civic Theatre has since been demolished.

The original seating capacity was for 900 patrons. This was reduced to 600 seats following refurbishment in 1967, and, more recently, until closure, to 500.