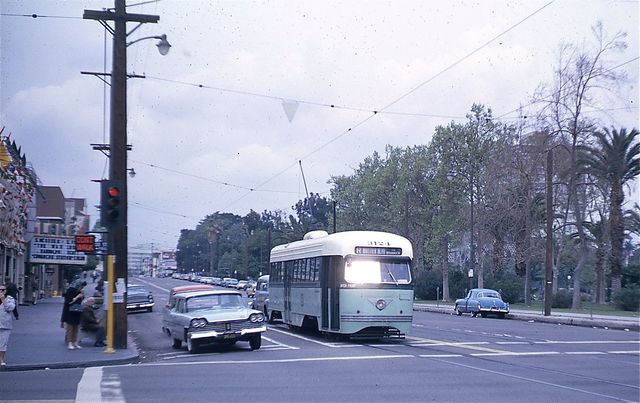 Joe, can you check the assessor’s records on this building? I think it’s the original. Thanks.

The assessor’s office says that the 6750 sq. ft. building at 2118 W. 7th Street was erected in 1923. That’s definitely old. I passed by the Lake many times and looked right at it, but I can’t get a clear picture of it in my mind. There’s just a vague impression of a small marquee and the name in slightly rounded letters. I think it was still open into the 1980s and was showing Spanish language movies. I can’t find it listed in either the 1971 or the 1986 papers I have, though.

So it’s not demolished, then.

If the listed address is correct, then the building is still there.

This item was in Boxoffice magazine in January 1960:

LOS ANGELES-N.P. “Red” Jacobs, president of Favorite Films of California and operator of the local Lake Theater, has purchased the Westlake Theater and building at Alvarado and Wilshire. He assumed active operation as of December 30.

Jacobs acquired the Westlake from Fox West Coast Theaters. The circuit had operated the 1,900-seat film house for many years.

It can also be seen in Dagnet 1967 -S1E5, “The Masked Bandits”. So it was still an operating Theatre then.

Lake Theatre in “A Patch of Blue” at 10:06 in the below video of filming locations. It was a Carl’s Jr' and Subway when the current comparison shot was done in 2018. Second link has a photo from filming.