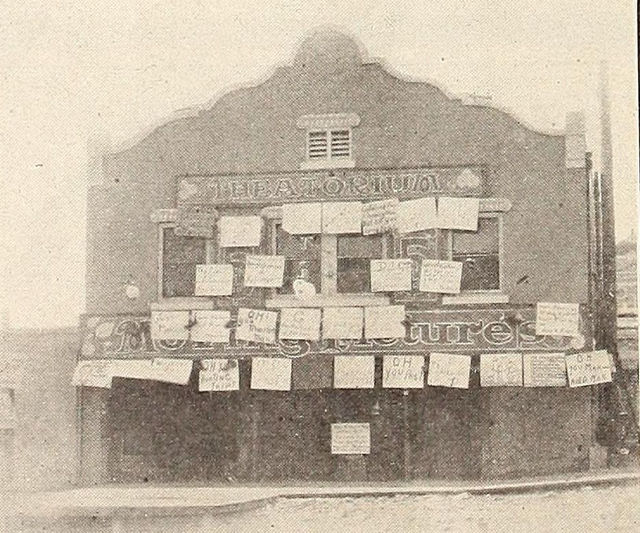 Opened as the National Theatorium in 1908. The Rialto Theatre was one of the many area theatres in the downtown Long Beach area.

This theatre was in the Pike area, roughly between the Tracy (ex-Capitol) and Strand (ex-Hoyt’s) Theatres.

Here is an October 1947 ad from the Long Beach Press-Telegram:
http://tinyurl.com/dkow67

The Rialto Theater opened in 1908 as the National Theatorium, according to this web page citing a 1964 article by Maymie Krythe in the Long Beach Independent Press Telegram. There are two photos showing the theater.

The caption of a photo of the National Theatorium published in the December 31, 1910, issue of The Film Index says that the house was then being operated by Mr. G.O. Post.