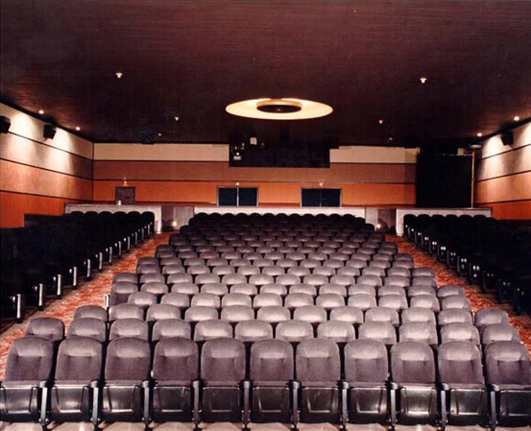 The Colony Theatre was opened on April 1, 1942 with Ray Bolger in “Four Jacks and a Jill”. Seating was provided for 603. It was closed by Martin Theatres in 1981. In 1983 it reopened as the Rialto Theatre. A beautiful renovated theatre which now offers rocking style seats and Dolby Digital Surround sound. The Rialto Theatre plays “The Rocky Horror Picture Show” every Friday night at midnight.

I was in Raleigh this past weekend and even though I didn’t go to the theater I have to sayt it is really very nice looking from the outside.

This is a beautiful theater and a great little place to see a movie with other movie lovers.

When this theatre was formerly THE COLONY…….

When this theatre was formerly THE COLONY…..

By the mid-1970’s this theatre became a showplace for a lot of “B” movies and blaxploitation flicks that were great crowd pleasers.

I saw Issac Hayes in TRUCK TURNER first-run in 1974.

When this theatre was formerly THE COLONY at Five Points

Jim Brown-Jim Kelly and Fred Williamson in “3 THE HARD WAY” in the summer of 1974.

Once the site of the former A&P grocery store in Five Points.

Information concerning this theatre will be revised for the Cinema Treasures site. I do have the original grand opening ads from it’s April 1, 1942 opening which contains vast information with seating capacity and other features. If you need to see the ads from 1942 please feel free to contact me at

From 1942 until 1981 it was known as the COLONY Previously operated under Consolidated Theatres and later under Schneider-Merl Corporation and Martin Theatres. Martin Theatres closed the COLONY in 1981 when it was a second-run discount house.

From 1983 to the present it became the RIALTO under Harp Theatres from 1983 until 1994 when it was restored and showing independent films and foreign features. Ambassador Entertainment took over operations in 1994 under owner Bill Peebles. 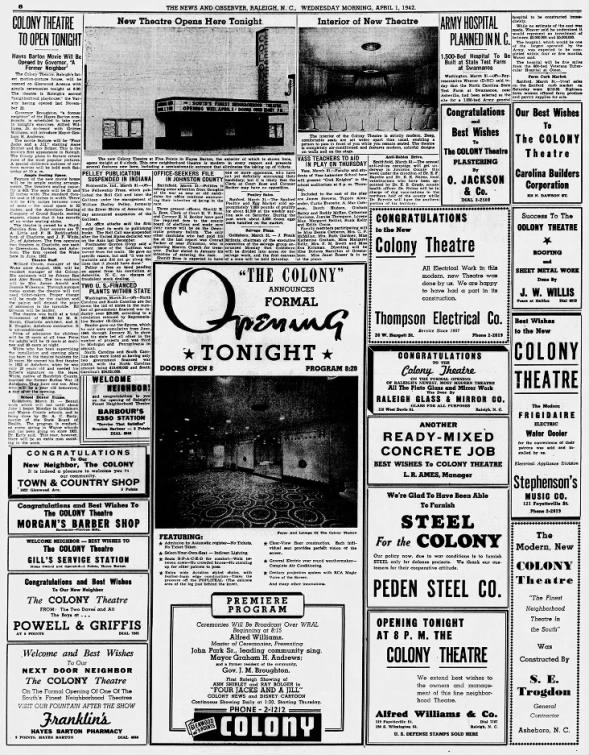