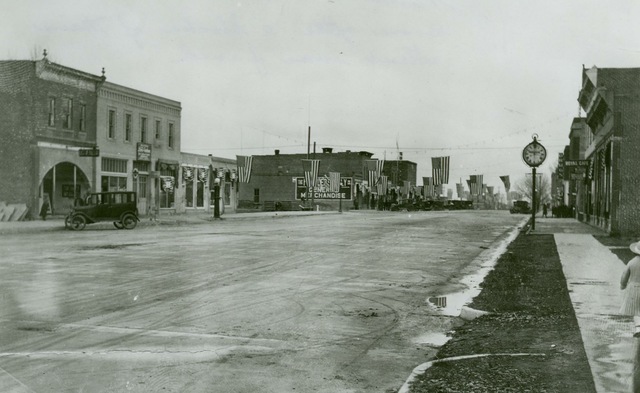 Building was constructed between 1906 and 1911 for Raines and Hainey, a harness and buggy dealer.

In 1914, George I. Richards purchased the building and moved the Windsor Theatre in after closing its previous location at 207 4th Street. He continued to operate it as a movie theatre until 1929 when he built and opened his third and final Windsor Theatre location (already listed here on CT) just a few doors east.

In 1978, William and Diana Rexford opened AC-DC Appliance and Television repair in the former theatre. The Rexfords purchased the building from Stephen B. & Cynthia L. Stansfield in 1985.

As of this Decenber 2015 writing, Moore Martial Arts now occupies the lower level of the building with apartments on the second story.