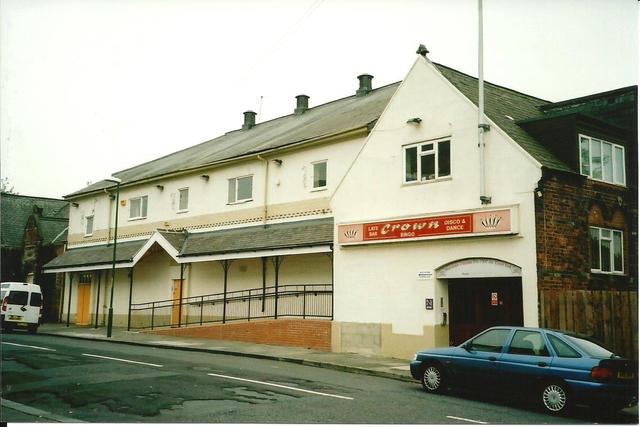 For unspecified reasons, the cinematograph licence was not renewed in February 1922, but the management tried again in February 1923, until 17th December 1924, when the licence was revoked because the building was deemed to be unsafe.

After appropriate works were carried out, the licence was renewed on 5th August 1925. At some time the cinema was renamed the Crown Picture Palace.

Variety acts petered out in the late-1930’s.

The Crown Cinema closed on 7th May 1959, with “The Young Invaders”, starring James Garner. By August 1961 it had become the Crown Bingo Club which still operates in 2017.