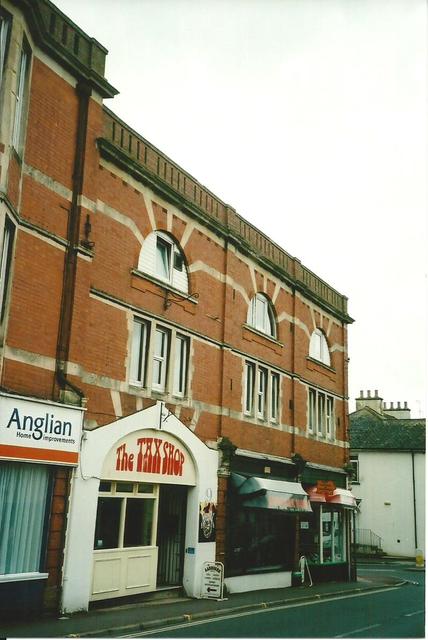 In Paignton, Devon, the Triangle Cinedrome was a very early cinema, though its actual opening date is not known. By 1914, according to its listing in the Kinematograph Year Book, it had been renamed the Electric Picture Palace. By then, it was owned by Paignton Electric Palace Ltd. and had 320 seats.

Major A. O. Ellis acquired the cinema in the early-1920’s, and remained the owner until at least 1947, by which time it was listed with 270 seats and a proscenium width of 16ft.

The Electric Palace Cinema was open in 1947 but was listed as (Closed) in 1948 and the cinema was not listed in the 1953 edition, although Gordon Chapman, in his “Devon at the Cinema” book, maintains that it closed in the 1960’s.

When I visited, in October 2008, the building was home to The Tax Shop, a financial advice service.