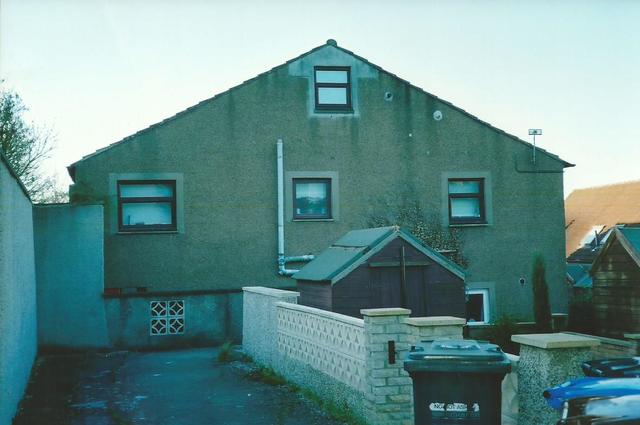 In the small town of Newmills, in Fife, to the west of Dunfermline, the Kinema was listed in the 1927 Kinematograph Year Book. The owner was shown as The New Mills Kinema Ltd. The proscenium was 22ft wide.

The Kinema was built behind cottages on Main Street (accessed down a narrow lane called Torry Bay Court), with its entrance being between two of the cottages. To advertise the cinema, there were two bars between the cottages, across the access lane, bearing the name KINEMA.

By 1940 ownership had transferred to Francis Howie, of Main Street, Newmills.

The Kinema was still opened in 1966, but closed soon after. The building went over to bingo until the late-1970’s, before being converted into flats.