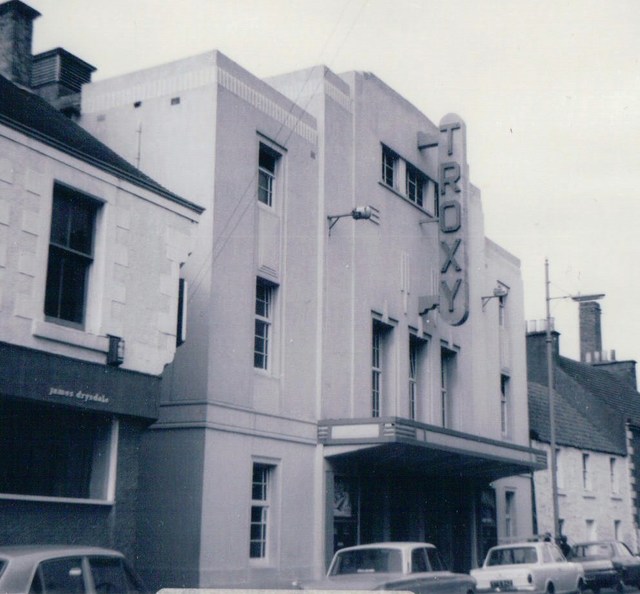 In Leven, Fife, the Troxy Cinema was built in 1937. According to the entry in the 1940 Kinematograph Year Book, it was owned at that time by Alexander Stevenson, of Leven and had 1,039 seats.

By 1953 it was owned by Alexander Stevenson’s Trust.

The Troxy Cinema was owned by Kingsway Entertainments by 1980, with a reduced seating capacity of 844.

Presumably it closed soon afterwards, as it was not listed in the 1984 British Film Institute Handbook.

The building was acquired by the Caira family, and became the Ambassadeur Snooker Club. That closed in 2006, and the owners faced opposition for plans to convert it into a nightclub. In 2014 the dormant building was purchased by local businessman Lee Murray. He originaly intended to create a business hub, but in November 2016, announced plans to transform into a nightclub. This time the scheme was approved and, after a £500,000 refit, the 600-capacity ‘Truth’ opened on 24th March 2017.