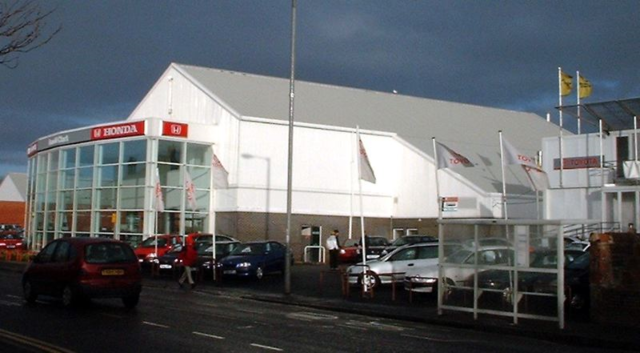 In the Newton-on-Ayr district of Ayr, in Ayrshire, the Regal Cinema opened towards the end of the 1930’s. By 1938 (or, from opening) the proprietor was William Ross, of Ayr.

By 1953 ownership had transferred to The Atlantic Picture House Ltd.

In due course, a full height glazed extension was added to the front and the building became an Arnold Clark car showroom. By the time I visited, in March 2009, this frontage had been considerably extended, though the former auditorium was still visible through the glazed panels.