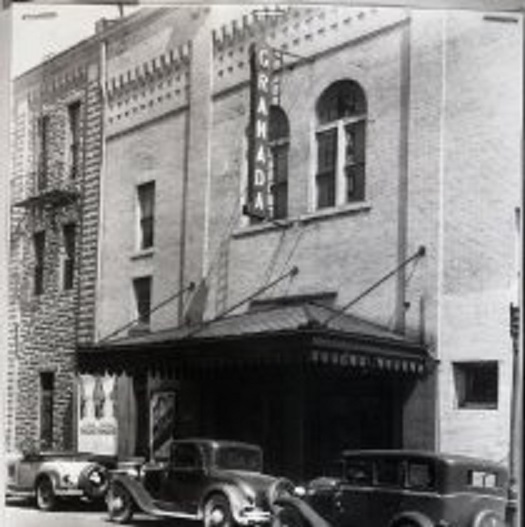 The Grand Opera House opened on October 22, 1895, with 1,400 seats. According to the Sanborn Maps of 1900, the Opera House adjoined the Grand Hotel at 1034 Main Street, in a separate building, and was entered through the hotel lobby. As vaudeville faded it was renamed the Granada Theatre in 1924 and began to show movies and the new entrance was opened on 11th Street. By 1934 Film Daily Year Book listed the 900-seat Granada Theatre as closed.

As reported in the Daily Bulletin, the Opera House was demolished in July 1949 and the Grand Hotel met its demise in January 1959 and the site was turned into a parking lot. Since 2004 the Anderson Police Department and the City Courts building has been located on the site.

Mr. Jackson counted 36 theatres and locations in all, with 16 being on Meridian Street.