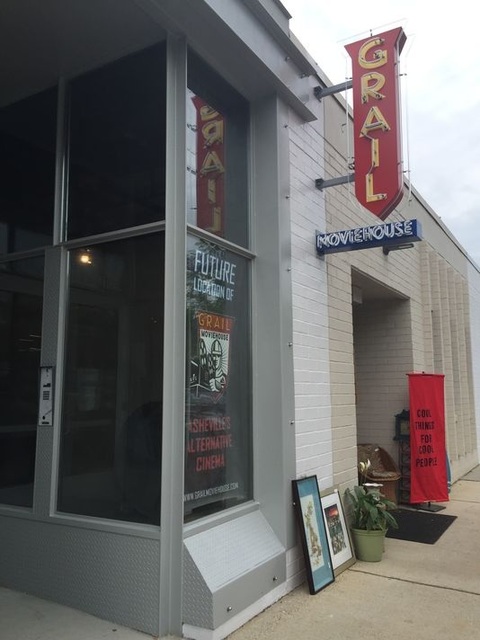 Steve White and Davida Horwitz opened the Grail Moviehouse on May 19, 2016, with the Asheville Film Society’s Thursday Horror Picture Show. Other opening week films were “Cinema Paradiso”, “Sunset Boulevard” and “Monty Python and the Holy Grail”.

According to the Asheville Citizen-Times, the three auditoriums seat 250, with the largest screen seating 122 and the others seating 80 and 48.

In addition to the regular movie snacks, the Moviehouse also offers beer and wine to enjoy with the independent, foreign and mainstream films.