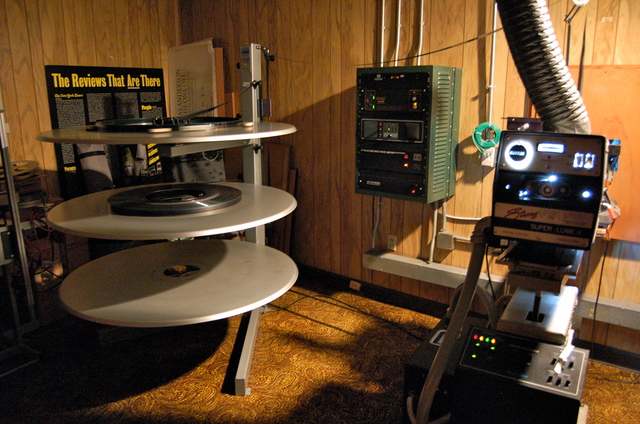 An old classic looking theatre, the Manor Theatre opened on April 11, 1947 with Claudette Colbert in “The Egg and I”. It had seating for 700. It has been twinned and usually played movies from festivals, foreign movies and sometimes new releases.

It was closed in March 2020 along with all other movie theatres due to the Covid-19 Pandemic. In May 2020 it was announced that the Manor Twin Theatre would be permanently closed.

CORRECTION:
Walt Disney’s SLEEPING BEAUTY was not a reserved seat engagement at the Manor. It was a Exclusive General Attraction in the Carolinas.

Otto Preminger’s EXODUS did not play at the Manor. The film was an Exclusive Engagement Carolina Showing first-run at Charlotte’s Center Theatre on May 26,1961. It was the only showing of the film in the Carolinas. I have the original ad from the May 26,1961 edition of the Charlotte Observer.

On the marquee on April 5,1974….Exclusive Engagement “BLAZING SADDLES” when the Manor was a single screener under Eastern Federal Corporation.

“THE BLUE MAX” was a reserved seat engagement at Charlotte’s Manor Theatre on July 28, 1966. It was the only roadshow presentation engagement in the Carolinas.

raysson wrote: “Dobly Stereo System was installed in this theatre for the June 16,1978 opening of ‘GREASE’”

Dolby’s installation records indicate a Dolby sound system (CP50) was installed at the Manor in February 1978, not June.

Movies released with Dolby Stereo prints in the early months of 1978 ahead of “Grease” included “FM,” “Big Wednesday,” “The Manitou,” and the re-release of “American Graffiti.” As well, ‘77 Dolby productions still in release in early '78 included “Star Wars,” “Close Encounters of the Third Kind,” Saturday Night Fever,“ and “Pete’s Dragon.” I haven’t researched it, but it’s possible one or more of those played at the Manor in a Dolby Stereo presentation before “Grease.”

Coate is right. The Dobly Stereo sound system was installed in February 1978, four months before the opening of GREASE at Charlotte’s Manor Theatre which opened on June 16,1978.

Movies with Dobly Stereo prints in the early months of 1978 ahead of “GREASE” and “JAWS 2” included the following films:

“Close Encounters”-general release November 16,1977**
was still in release throughout early 1978.

“Saturday Night Fever”-release December 16,1977,but was still in release throughout early 1978 and was re-release back in theatres during summer and autumn of 1978.

“Pete’s Dragon”-release November 3,1977,but was still in release throughout early 1978,and was re-release during the summer of 1978. Charlotte didn’t get the film until December of 1977.

“American Graffiti”-re-release on May 12,1978 in Dobly Stereo prints.

I’m conducting research if one of these films played as a Dobly Stereo presentation at Charlotte’s Manor Theatre.

I miss this old theater. Saw the ghost when I was there one time. Felt a great chill as I was walking to the lobby. Still a great theater much missed. Now art and foreign films will have a tougher time being shown in Charlotte.