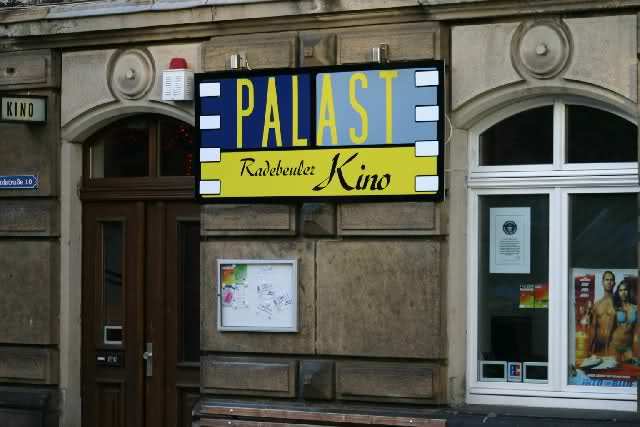 Located in Redebeul to the north of Dresden. The single-screen, 9-seat, 60m² Palastkino Radebeul, founded by Johannes Gerhardt, opened on October 30, 2006 at the Radebeul-Kötzschenbroda train station, debuting with a screening of “Smoke” (1995). It was recognised by the Guinness World Records as the smallest commercial cinema in the world.

It closed on May 31, 2013, to make way for renovations on the Radebeul-Kötzschenbroda, with an expected due date of late-2014. Sadly, it has not re-opened since.

Since its closure, the record for the world’s smallest cinema of any kind was claimed by Sheldon, Birmingham, U.K. pensioner Reginald Harding on July 4, 2013 who built it into a spare bedroom in his own house.