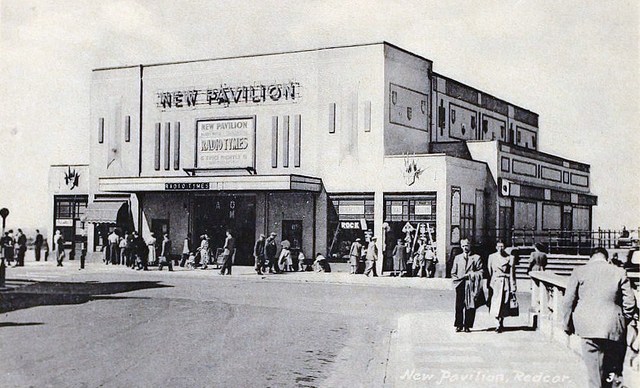 Cinema of my childhood. Saturday morning film club, the serial plus a few educational shorts.

Originally built as part of the pier in 1873 on the Espanade, it was converted into the Pavilion Theatre in 1928. In 1929 it became the New Pavilion Cinema with a seating capacity of 485. It was closed after the war and from 1946 was used as a dance hall. A Hammond electronic organ was installed, and this was replaced in 1975/1976 by a Wurlitzer theatre organ whch was originally installed in the Granada Cinema, Bedford. It was removed in 1980.

In 1965 it was re-opened as the Regent Cinema. It closed on 28th August 1982, then owned by the local council and having been leased to the Noble Organisation. Re-opened on 28th April 1983 with “ET-The Extra Terrestrial” it was closed again in October 1991. It re-opened again at the end of 1992 and continues, although it has suffered greatly due to multiplexes in nearby Middlesborough and Stockton. It was closed in April 2018 due to structural problems. The local council stated in spring 2019 that the Regent Cinema will re-opened, but no time scale has been given.

The Regent has just played the part of a French Cinema in the film Atonement.

A few photos of this single screen cinema here :–