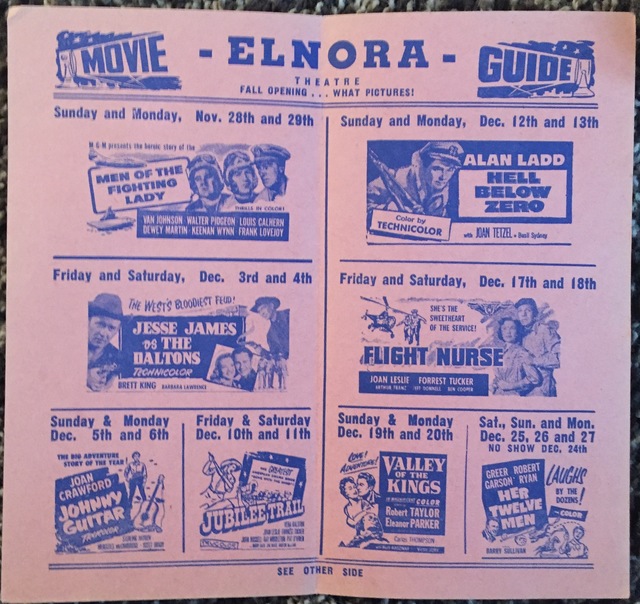 The Elnora Theatre was the subject of this brief item in the January 3, 1941, issue of The Film Daily:

“After complete renovation and installation of minor equipment in the Elnora Theater, Elnora, Ind., Bill Floreke [sic] has re-opened the house on part-time schedule. It has been shuttered for several months.”

I have a suspicion that the surname given as Floreke might be a misspelling of either Floerke or Florke. All three are real surnames, but the latter two are far more common.

In this weblog post, Elnora native Jim Johnson reminisces about the Elnora Theatre. He reveals that the theater was located on Odon Street just south of the town square, and that it showed its last movies in 1956.