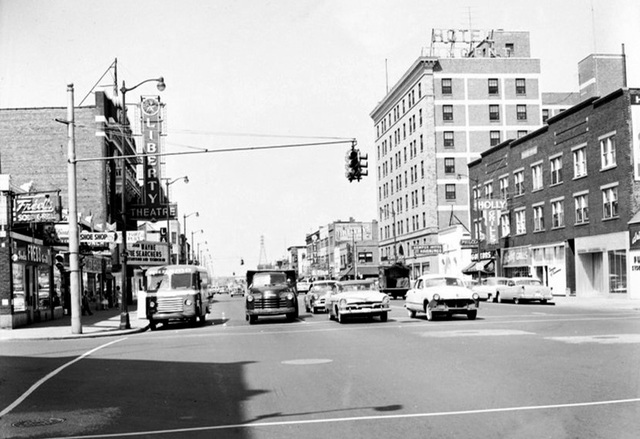 The City Theatre was opened August 31, 1934 with El Brendel in “Olsen’s Big Moment”. It was built and operated by Julius Foder, builder of the State Theatre in 1942 and owner of the Cozy Theatre in St. Joseph. Their program consisted of double (and sometimes triple) bills of “B” and second run films. The News-Palladium previously listed an A&P store at the location.

The City Theatre made news in April 1941 when the janitor faked a story about being kidnapped by three men who stole the theatre’s cash box of $114 ($1,912 in 2016). He fled, was located in Chicago and admitted that he lost the money in a crap game.

In 1946 the city fire department complained that the brick façade was crumbling and falling on the sidewalk, creating a safety hazard. A whole new front was constructed to the building, presenting “one of the most modern fronts of any building in the city".

The City Theatre may have been a haven for those who wanted a warm place and a good nap, which led to a somewhat humorous event in April 1952. In an early morning hour the police received a call from a transient who said he had fallen asleep in a theatre but didn’t know where. All he could remember was ‘Randolph Scott’ and so the police quickly checked the theatre listings and freed the man.

The City Theatre closed in 1957 and was converted back to retail and was later demolished, probably after Benton Harbor began urban renewal in the 1970’s.