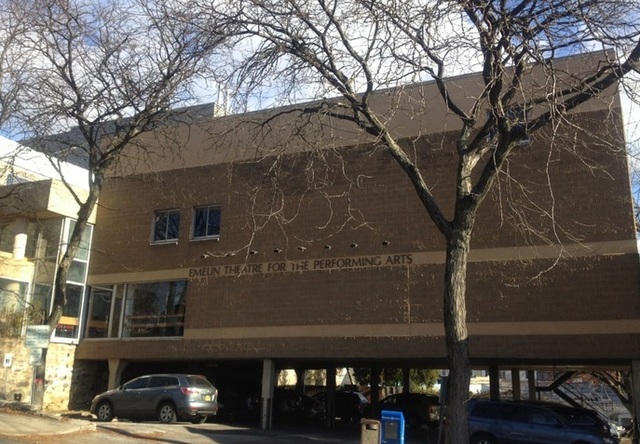 The Emelin Theatre was founded in 1972 as a non-profit theatre. It is used for the performing arts, and in early-2017 was equipped with a digital projector and now screens independent movies as part of its programing.

The Emelin Theatre was equipped with a projection booth from the time of its opening in 1972. In its original configuration, as designed by Hardy Holzman Pfeiffer Associates, the auditorium was a flexible space with 180 fixed and 200 moveable seats, and could be arranged as a conventional theater, a thrust stage theater, or an arena theater.

The firm founded in 1967 by Hugh Hardy, Malcolm Holzman, and Norman Pfeiffer designed many performing arts facilites, as well as the American Film Institute Theatre and headquarters in Washington, D.C.