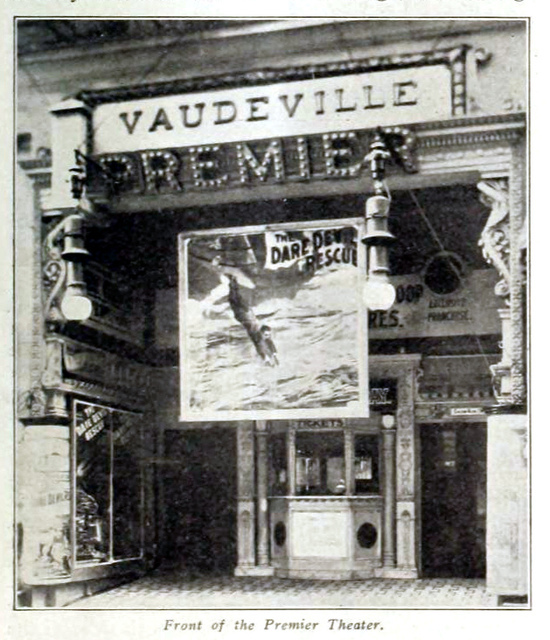 The Premier Theater, opened in 1907, stood on S. State Street near Van Buren Street, in the South Loop, and was part of the Jones, Linick and Schaefer chain, which operated many of the Loop’s movie houses at that time, including the nearby Lyric Theater, the Unique Theater, and the Orpheum Theater. Originally a vaudeville house, the Premier Theater later also presented movies as part of its program.

The theater closed in 1915 and was demolished to make way for the Jones, Linick and Schaefer’s Rialto Theater which was constructed on the site. Today the site is occupied by Pritzker Park, a small green space.