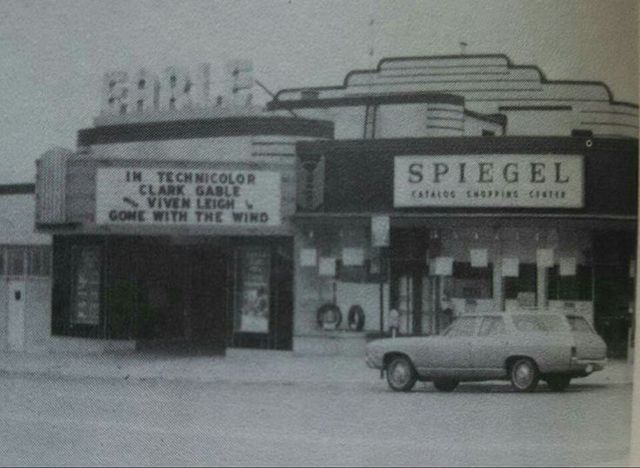 The 796-seat Earle Theatre was opened on November 17, 1937 with Pat O'Brien in “Back in Circulation”. It later operated until 2006 as an adult movie house.

The front of the Earle Theatre was impressive with black marble adorning the front facade of the theatre. The interior was rather plain with one star like light fixture adorning the ceiling.

The Earle Theater was not designed by John Zink. It was designed by John Eyring (of the Eyring construction company family). Eyring also designed the Pikes, Uptown, Strand (Dundalk), and Vilma theaters.

Here is a link:
http://www.kilduffs.com/EAA.html

The Earle Theatre in Baltimore finally closed near the year-end 2006.
An adult theatre, falling into ruin, it kept running by showing films to a decidely wildly rauncy, gay crowd that showed their loyalty year after year. Before closing, one regular suggested that the entrance price be raised to $10 and it was, but to no avail and despite the real sorrow of many customers.

Rumor that seems credible says the theatre was sold and will be used as a church. Since other theaters in the area seem to have suffered the same fate, the builing should be around for awhile. If it is deemed worthy of saving, then perhaps someone will lobby to have it protected from the demolition ball.

This report was posted on another site (not by me!) and has been slightly edited (by me) for content becoming CT.

“I used to go to the old Earle Theater in north Baltimore. Iâ€™d always go commando, short shorts and a T. When things got interesting Iâ€™d get undressed, except for boat shoes as the floor was really cruddy in that theater. Wandering around…you could always get into a group scene. Lots of hot blue-collar guys whose pickup trucks filled the small parking lot. Sadly, the Earle is no longer an adult theater.”

Marquee and “EARLE” sign can be seen in this shot from 1952: http://collections.digitalmaryland.org/cdm/singleitem/collection/btpe/id/408/rec/232

I saw the Poseidon Adventure here circa 1973. That is all.