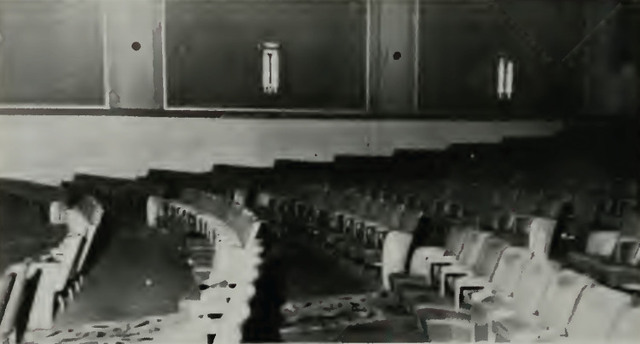 This was another one of the big movie theatres in West Baltimore. The Edgewood Theatre was opened October 3, 1930 and had 1,250 seats. Although beautiful, it looks a bit more like a post office than a movie house, thanks to its Neo-Classical style exterior.

Not much has changed at the Edgewood Theatre over the past 20 years. After closing as a movie theatre in 1961, it, like many other Baltimore theatres, is used as a church today.

This opened on October 3rd, 1930. Grand opening ad in the photo section.