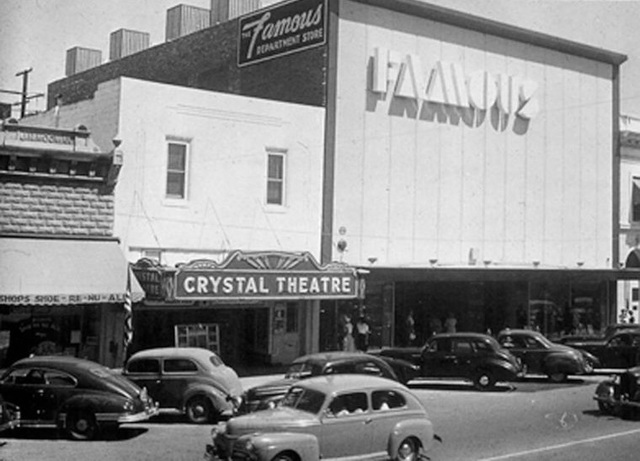 The Crystal Theatre is mentioned in the May 2, 1919, issue of Southwest Builder & Contractor

“Porterville—The Crystal Theater, Gus Gemanis, manager, will be enlarged and remodeled. … An addition will be built to the rear of the building and the lobby will be finished in marble.”

A biographical sketch of Charles William Eyer said that he bought the Crystal Theatre after moving to Porterville in 1920. By the late 1940s, all four of Porterville’s movie houses, including the Crystal, were owned by the Howell family.