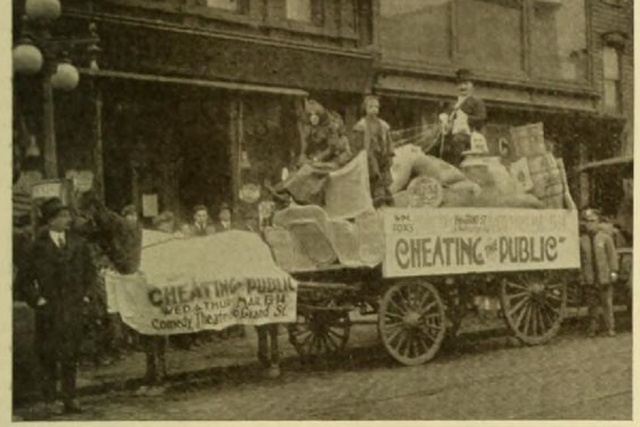 Located in the Williamsburg section of Brooklyn. The site had housed the Grand Street Museum which opened as a live theatre on September 12, 1885 and operated until 1889. It then became the Grand Street Theatre from 1889 to 1893. On September 2, 1893 it became the People’s Theatre, which closed in 1894. It was demolished.

The Unique Theatre was built on the site, opening on August 18, 1894. It was operated by Frank B. Carr as a burlesque and melodrama theatre. A young Al Jolson made his first Brooklyn appearance at the Unique Theatre on December 10-15, 1900.

Taken over by new operators it reopened as the Comedy Theatre in January 1907. From 1909 it was taken over by William Fox and it played vaudeville and movies. Known also as Fox’s Comedy Theatre, alterations were carried out in 1914 to the plans of architect Thomas W. Lamb. In 1918 alterations to the auditorium were carried out to the plans of architect Tobias Goldstone. In 1919 it was equipped with a Moller 2 manual, 7 ranks organ.

The Comedy Theatre was closed in 1923 and was demolished. It was replaced by the Metro Theatre which opened in 1926.