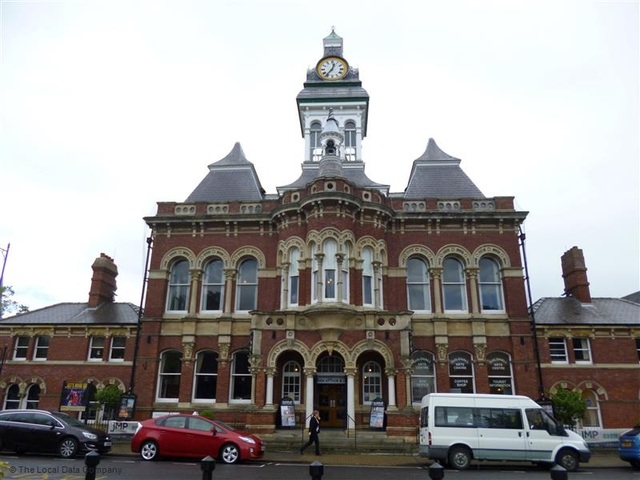 Opened as the Guildhall in 1869 – a court room (at the rear), ballroom (first floor front), police cells (south side), and governors residence (north side). It had been designed by Lincoln based architect William Watkins.

In 1974 the Courthouse moved to new premises, this was the last principal occupier of the building, the cells and governor having vacated long before, and the building went into decline until, in 1991, it was redesigned by Sleaford architect Tim Benton and reopened (by now a Grade II Listed building) as an Arts Centre.

The court room is now a 204 seat theatre with permanent seating in a single steeply raked tier with two side balconies (the original public viewing area of the court) and a new-build proscenium arch stage (without a fly-tower) at one end. This is equipped and used for occasional film shows as well as a varied stage programme.

The Ballroom is, in addition to dances, used as a comedy club, wedding venue and exhibition space, and the former cells have been altered to form a cafe/bar and the box office suite.

Photographs of the Guildhall:–