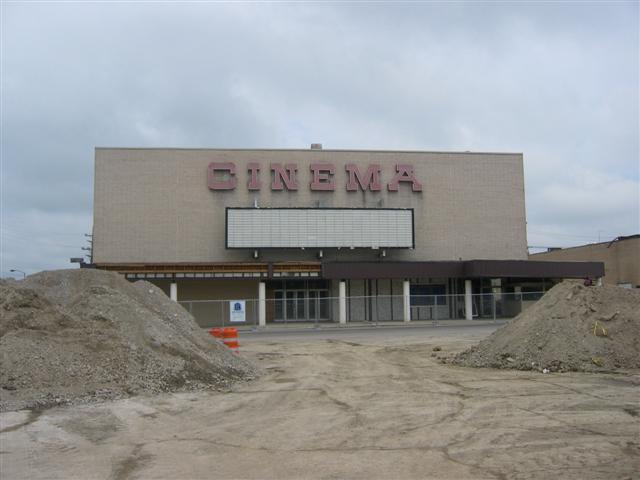 This was the first General Cinema theatre to open in the Cleveland area in 1964. This theatre was unique when it first opened on February 20, 1964, since it had the largest (at the time) screen in the area, and had ‘smoking loges’. (Now smoking is prohibited in movie theatres.)

The concession stand was nearly as bad as the original Westgate Cinema City or even Randall Park Cinema. Poorly designed. Some other names from Southgate’s past are Vic Gattuso and Lenny Mays.

I remember seeing a matinee of the re-release of Walt Disney’s “That Darn Cat!” in Cinema II (?) on November 23, 1973, the day after Thanksgiving. I don’t believe they called it Black Friday then.

Love the name reminiscences from the past, Lenny Mays, Vic Gattuso, Larry Bello, Bob Klass, Ed Dineen, this is vintage GCC History. Whenever there was a Regional Meeting, those guys were there!

Those names are very familiar to me David, especially Larry Bello and Bob Klass. Does anyone remember the woman that worked under Dave Manthey, Rita Kessler? She was my neighbor and was very well liked! How about the projectionist, Frank Burgwin? I spent a good 6 years working there with many good memories of that cinema. I sure do miss it alot!

I worked there from 76 to 78. I loved Dave and Rita. Frank was Rita’s brother in law. He was married to her sister. I babysat for Dave’s kids occasionally. Rita had a gruff exterior, but if you got to know her she was great and a lot of fun. The Cinema was a wonderful place to work as a teenager.

The employee break room was upstairs. There was a door in the back of Cinema I, the big theatre. The regional manager’s office was up there too. I worked concession and was promoted to box office cashier. When we showed Snow White the line was down the street and we sold out show after show. I couldn’t take a break and Mr. Manthey brought me a Hershey bar, some popcorn in a paper cup sleeve and a drink. That was an absolute no no. Food and drink was never allowed in the box office, but we were slammed. Good times.

I’m sure this is the cinemaplex I saw “Oh, Heavenly Dog” at in the summer of 1980, I was vacationing from WV with my parents and we always stayed with my brother, wife and their children. My sister-in-law took me and my nice and nephew to the movies and we had a choice of “The Empire Strikes Back” and “Oh, Heavenly Dog”. “The Shining” was also playing, as I remember the one sheet scared the heck out of me at the time. My niece and nephew had already seen “empire” a few times already, and although I was dying to see it, I was outvoted and we saw the chevy chase movie instead!!

When I worked there. Dave was the manager Rita worked days and frank was the projectionist. We popped corn upstairs I ended up the assistant manager before getting fired by Lenny memo Mayes. God good times. The stories I can tell.