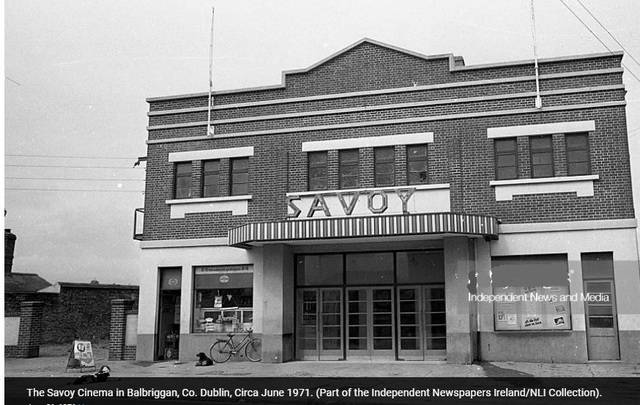 Located in Balbriggan, County Dublin. The Savoy Cinema is not listed in the Kine Year Book until 1949 but could have been in operation as early as 1932. It was owned by Tailteann Theatres and it seated 750 patrons with an Ernemann, later Western Electric(WE) sound system fitted. It was still listed in 1971 but was converted to a community centre in 1996. The centre comprises a gym, meeting rooms and sports hall and organises everything form bingo to blood donor sessions.