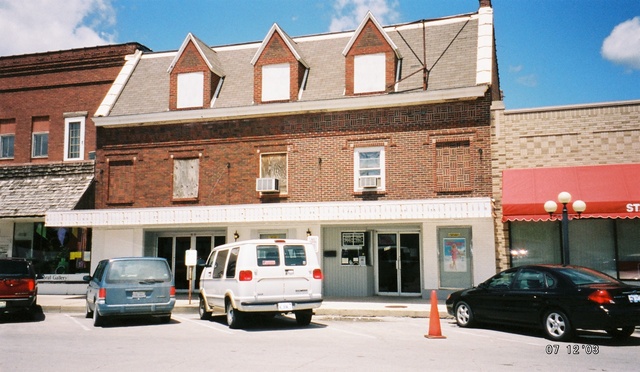 The Crescent Theatre opened in the 1920’s, its exterior designed in something of a Colonial-style. It could seat 800 when it was a single-screen house.

During the early-1980’s, the Crescent Theatre was twinned by Kerasotes Theatres, who operated the theatre at that time. In 2001, it became part of the GKC Theatres chain. It continues to run first-run features today.

Here is a poster for the movie Holiday at the Crescent:

Here is a March 1980 ad from the Pontiac Daily Leader:
http://tinyurl.com/qtahxe

Here is a December 1960 ad from the same source:
http://tinyurl.com/kv4mfm